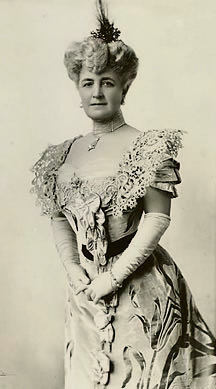 The 7,000± acre area of development of the Palmer Ranch Master Association was created as a model of contemporary planning and environmental sensitivity. The property is part of a legacy of a remarkable turn-of-the-century woman: Mrs. Bertha Potter Palmer. In addition to her significant contributions to Sarasota’s development, Mrs. Palmer’s achievements were many, even before she set foot in Southwest Florida. As the wife of Potter Palmer, the wealthy businessman who created the celebrated Palmer House in Chicago, she was a legendary hostess. Throughout the late 1800’s and early 1900’s American Presidents, Royalty and important people from many walks of life were the beneficiaries of her renowned hospitality.

In 1891, Mrs. Palmer’s fame grew to an international level. She contributed her charm and intelligence to the planning of a World’s Fair in Chicago to commemorate the four hundredth anniversary of the discovery of America. After her husband’s death in 1902, Mrs. Palmer’s influence was felt in the little-known town called Sarasota. She first visited the area in 1910 and declared that it was “The most beautiful place in Florida.” Her impressions were published throughout the country, causing a local real estate boom. At a time when most women of her age and social standing were content to play parlor games, she purchased 80,000 acres of land in Sarasota, and was involved in agriculture, livestock, real estate, banking and tourism industries. Mrs. Palmer had a profound love for the natural beauty of Florida. She would have been proud to know that, after her death in 1918, much of her land has been preserved as State parks, nature preserves and quality development.

Respected businessman and Tampa Bay Buccaneer founder, Hugh Culverhouse, Sr. purchased the remaining 12,000 acres of the estate in 1972. He shared Mrs. Palmer’s love of the land, and created acommunity that is a model of environmentally sensitive development. Mr. Culverhouse’s dream continues to evolve through his son, Hugh F. Culverhouse, Jr. It will be a true sanctuary where residents live, work, shop and play in harmony with nature on the Ranch. The development, the largest in Sarasota, has received State and National recognition as an exemplary community and a model of state-of-the-art planning.

The Palmer Ranch Master Association has been a recipient of the Sarasota Garden Club’s Civic Beautification Award in 2000, 2001, 2003, 2005, 2007, 2011 and 2015 as well as the American Award. The Garden Club says “Annual awards are presented . . . for the landscaping of public lawns and buildings. . . Each year the Civic Beautification Committee of the Sarasota Garden Club tours Sarasota looking at the plantings and selecting those properties that are worthy of recognition.” We are pleased to have been recognized for this award multiple times.

The Master Association, in special ceremony, was also presented a Certificate of Commendation from The National Society of the Sons of the American Revolution. The certificate from the Florida Society, Saramana Chapter reads:

We all remember events of September 11, 2001. That evening the American Flag first flew at the entries of Palmer Ranch and has been continuously displayed since.